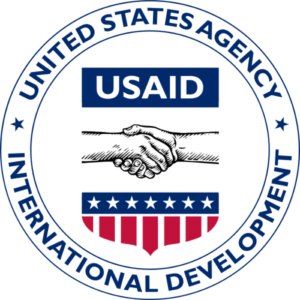 After the fall of the Soviet Union in 1991, Armenia has struggled to regain political, social, and economic stability. The United States Agency for International Development (USAID) has been assisting Armenia since 1992, helping the newly formed republic transition to a stable market economy, respect democratic principles, and develop amicable relationships with neighboring countries. USAID implements programs with different goals, but since 2008, when contentious elections threatened fundamental freedoms and past economic gains, the agency has created programs that increased competition in the economic market in order to prevent the deterioration of the economy.1

Besides attempting to stimulate market competition, USAID targeted the freedom and economic development of the country’s youth. Junior Achievement of Armenia (JAA) is an affiliate of Junior Achievement Worldwide that, as opposed to the worldwide initiative, was established to assist Armenia’s transition to a free-market economy by improving the lives of young Armenians. JAA was established in 1992 and provides youths with the tools necessary to compete in the global economy. A specific aspect of the JAA initiative is its Entrepreneurship and Civic Activism for Young People program, which delivers financial literacy and educates young people in the means and production of free enterprise through practical training. Although Armenia is the focus of this evaluation, similar curricula implemented by Junior Achievement Worldwide operate in more than 120 countries.

Under the USAID Learning, Evaluation, and Analysis Project (LEAP) contract, Optimal Solutions Group, LLC was tasked with conducting the mid-term evaluation of the JAA Entrepreneurship and Civic Activism for Young People program. The performance evaluation highlighted the project’s design, achievements, and progress to produce a better understanding of the program and its ability to achieve the expected results.

To conduct the evaluation, the LEAP team performed 31 site visits to six districts in Armenia. Upon completion of the assessment, the team came upon mostly positive findings, among them 1) JAA’s ability to be financially sustainable because of its low overhead costs, and its use of volunteers and contributions from participating schools and teachers; 2) the program’s ability to achieve its short-term goals within the time of USAID’s grant.