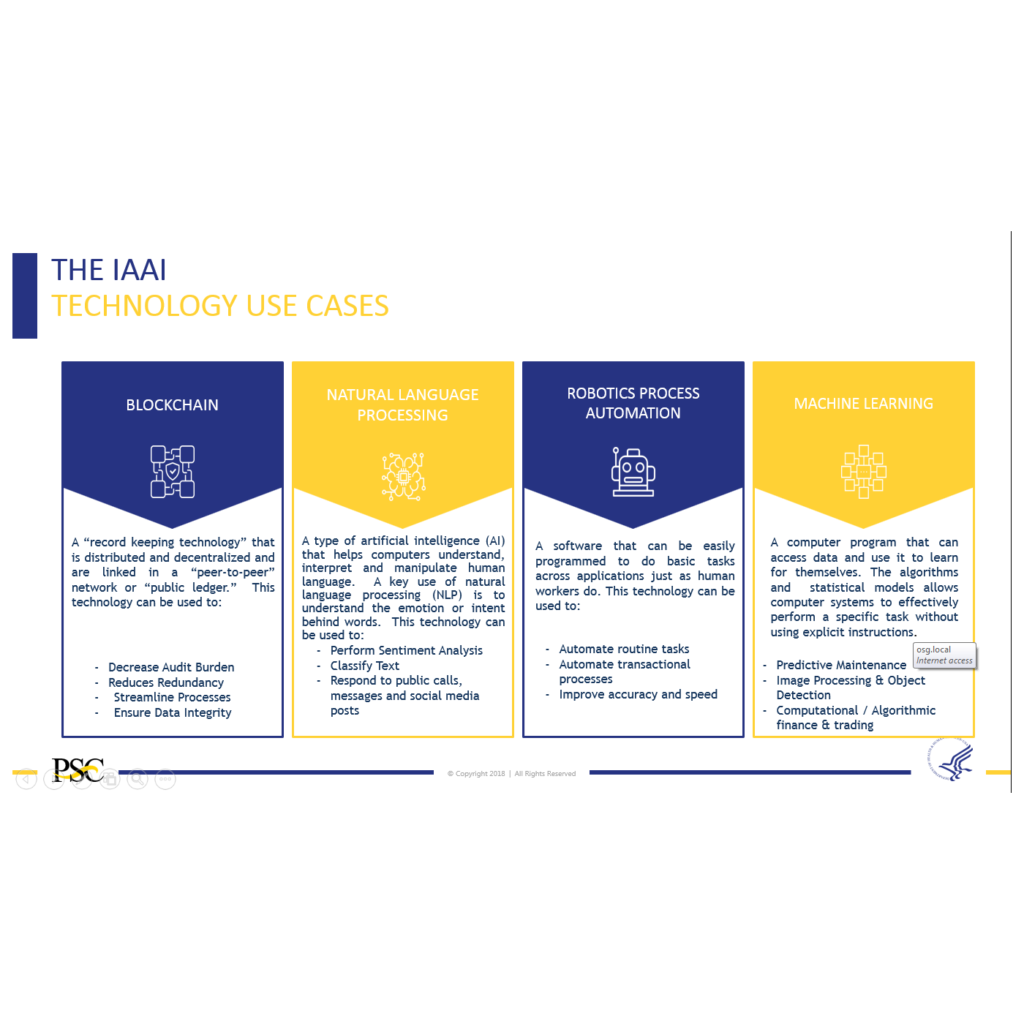 Optimal was selected (contract #75P00119D00075) and recently attended the HHS contract kick off.  The contract has a ceiling of $49 million and is designed to help federal agencies rapidly modernize using emerging technologies such as Block chain, artificial intelligence, robotic process automation, and machine learning.

Optimal Analytics, a division of Optimal, has been at the forefront of automation in the public sector since 2009.

“Our team has been building on rapid-cycle data collection through its efforts with leading computer and information scientists since moving to the University of Maryland’s Discovery District late in 2009.  We had our first machine learning project in 2012 with the Centers for Medicare & Medicaid Services which the State of Maryland helped to fund through the Maryland Industrial Partnerships grant.  Our aim was to reduce the need to use dozens of nurses for paperwork reviews versus where they are needed, which is with patients. Although automation is widely used in the commercial sector, we have been building a compliant framework to bring it into the Federal space, to research activities and to continuous program evaluation efforts.  This new contract will help us in these efforts”