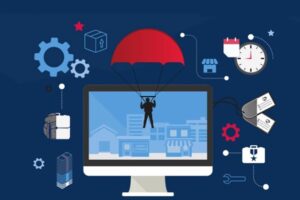 The U.S. Small Business Administration (SBA) contracted with Optimal Solutions Group, LLC to evaluate the implementation of the Boots to Business (B2B) Introduction to Entrepreneurship course in the virtual delivery format during the COVID-19 pandemic. The evaluation period, FY 2019 through FY 2021 (10/1/2018 to 9/30/2021), allowed for the comparison between pre-COVID and COVID periods for the Quality Assessment Post Course Survey results. The evaluation included descriptive, univariate, multivariate, and qualitative analyses of the data.

The findings indicate that approximately 90% of B2B participants were satisfied with the course materials, instructor, and classroom. Additionally, participants in virtual classes had slightly higher satisfaction rates with course materials, classroom, and instructor than in-person classes before the pandemic. The evaluation also identified opportunities to incorporate leading practices related to learner-centered learning, student motivation and engagement, and IT proficiency and use. 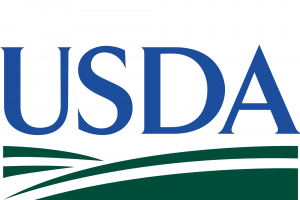 Optimal Solutions recently released the Annual Child and Adult Care Food Program (CACFP) Sponsor Tiering Determination Assessment as part of its contract through the U.S. Department of Agriculture (USDA) Food and Nutrition Service (FNS) that was awarded in 2015. END_OF_DOCUMENT_TOKEN_TO_BE_REPLACED

The United States Department of Agriculture (USDA), in their efforts to reach out to small businesses, awarded Optimal Solutions Group, LLC (Optimal) a contract to study and prepare a report which documents the Summer Food Service Program (SFSP) providers and participant characteristics. The SFSP was designed to ensure that children who benefit from the National School Lunch Program (NSLP) and School Breakfast Program (SBP) do not experience a nutrition gap during the summer months when schools are not in session.

The project is composed of several major tasks:

The last major evaluation of the characteristics and impact of SFSP was released in 2003. There have been some significant policy changes to SFSP since 2003 that could impact participation in the program by children, sponsors, and sites. The research team will collect and analyze data to examine issues that pertain to how the SFSP operates on the State, sponsor, site and participant levels. As health and budget concerns increase, it is especially important that food programs directed toward children are structured as efficiently as possible to achieve the intended effects. 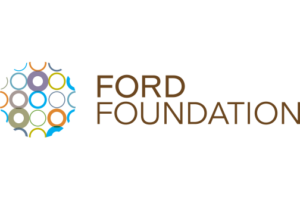 Even before the current economic crisis hit the United States, the decline of domestic manufacturing, the rise of globalization, and increased competition for good jobs had created unprecedented challenges for low-skill American workers. These challenges have disproportionately affected older industrial metropolitan areas such as Baltimore, where the unemployment spiked to 5.8% in December – its highest rate this decade.1 In a time when companies are downsizing and Americans’ budgets are stretched, it becomes even more beneficial to local business and community leaders to educate and train low-skill workers in employment clusters unique to their metropolitan area.

“Occupation-specific collaboration among these local stakeholders is paramount to providing job opportunities for the Baltimore region’s less-skilled population,” according to the report, which suggests a framework for coordinating strategies to include:

Emphasizing collaboration among training programs to address redundancies and gaps in the regional education and job training infrastructure;

Facilitating dialogue between employers and trainers to create programs that address skill deficiencies, provide remedial training, and outline career paths that clearly delineate connections between training and job placement; and

Pooling the collective knowledge and resources of workforce development agencies across jurisdictions.

The report also notes that three key strategies are necessary for the success of the establishment of any workforce intermediary: support from employers driven by employee demand; financial backing from the local philanthropic community; and dynamic, well-connected leadership.

The researchers used a methodology (adopted from a report by Jobs for the Future) to select locally relevant job clusters for low-skill workers in the Baltimore metropolitan area. Researchers at Optimal then performed a multi-stage analysis—focusing on local growth occupations, refining the list through risk analysis, and further refining the occupations via interviews with local community and business leaders—to select the most viable employment options within the Baltimore metropolitan area. “The 10 occupations identified through this study provide reasonable entry wages and an opportunity to grow wages over time,” according to the report. “These jobs represent the potential for careers.”

Against the backdrop of the current economic climate, low-skill workers in the Baltimore metropolitan area face stark challenges to obtaining good jobs in the 21st century economy. The report maintains that a competitive regional economy is not possible without a skilled, capable workforce. For Baltimore, this has historically meant attracting high-skill, college-educated workers to the region. However, building a sustainable economy also requires facilitating the movement of low-skilled Baltimoreans into viable jobs within sustainable industries. “A regional focus to occupation-specific workforce development recognizes that the movement of goods, people, and services is not limited by city boundaries or school districts,” Optimal researchers write. “Strategies that provide employment opportunities for low-skill workers in an increasingly regional economy must be created using regional coordination.” By identifying strategies for moving low-skill workers into viable career paths, this report represents a first step in this process.

Findings from the first phase of this study were presented at the Urban Affairs Association Conference in Spring 2008 and published in Retooling for Growth: Building a 21st Century Economy in America’s Older Industrial Areas (McGahey, RM, and Vey, JS, eds. Washington, DC: Brookings Institution Press, 2008).

In June 2006, Optimal Solutions Group (Optimal) was awarded a grant from the Ford Foundation to perform analysis leading to the identification of employment clusters for low-skilled workers. The grant requires Optimal researchers to utilize past research in the field to create customized models for a maximum of five metropolitan statistical areas (MSAs) with the highest need for intervention. The final reports, which will be in a case study format, will include the analysis of quantitative and qualitative data, and the resulting identification of viable job clusters. The case studies will also include detailed discussion of potential policy implications associated with employing low-skilled workers.

The project will be directed by Optimal’s President and CEO, Mark Turner, Ph.D., and will be managed by Laurel Davis, M.C.P., a Research Analyst II at Optimal. For further information about the Ford Foundation, visit http://www.fordfound.org/.

n 2011, The Maryland Industrial Partnerships (MIPS) program awarded Optimal Solutions Group, LLC, a $70,000 grant for the development of a virtual collaborative system in health care. The funding was in partnership with the University of Maryland Computer Science Department and Purdue University. END_OF_DOCUMENT_TOKEN_TO_BE_REPLACED